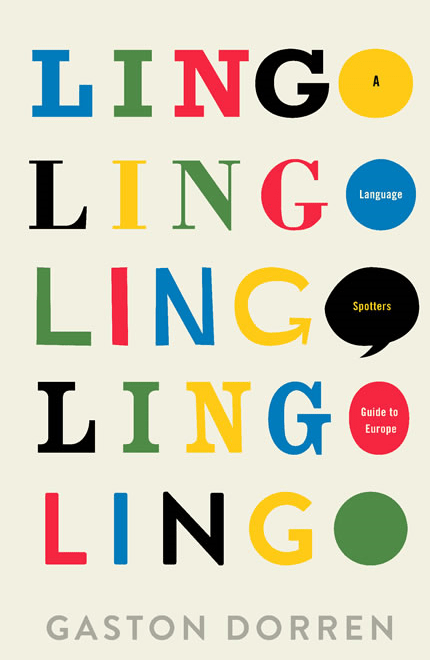 Gaston Dorren takes us on an intriguing tour of fifty-odd European languages and dialects, from the life of PIE (our common ancestor) to the rise and rise of English, via the complexities of Welsh plurals and puzzling Czech accents.

Along the way, he introduces us to the baffling ways of Basque and unlocks Ukrainian’s enviable grammar trick. We learn why Esperanto could never catch on, how the language of William the Conqueror lives on in the Channel Islands and consider if English is like Chinese.

Alongside its stories, LINGO also looks at words that English has loaned from around the continent, and those we really should import, like the Norwegians’ utepils (lager enjoyed out of doors), the Germans’ gönnen (the opposite of envy), or the Frisian tafalle (to turn out better than expected).

Lingo was nominated for a LIA in the category ‘Best Language Publication 2015’. Meanwhile, the book is available in Spanish, German, Swedish and Russian and a Norwegian version is to be published later this year.